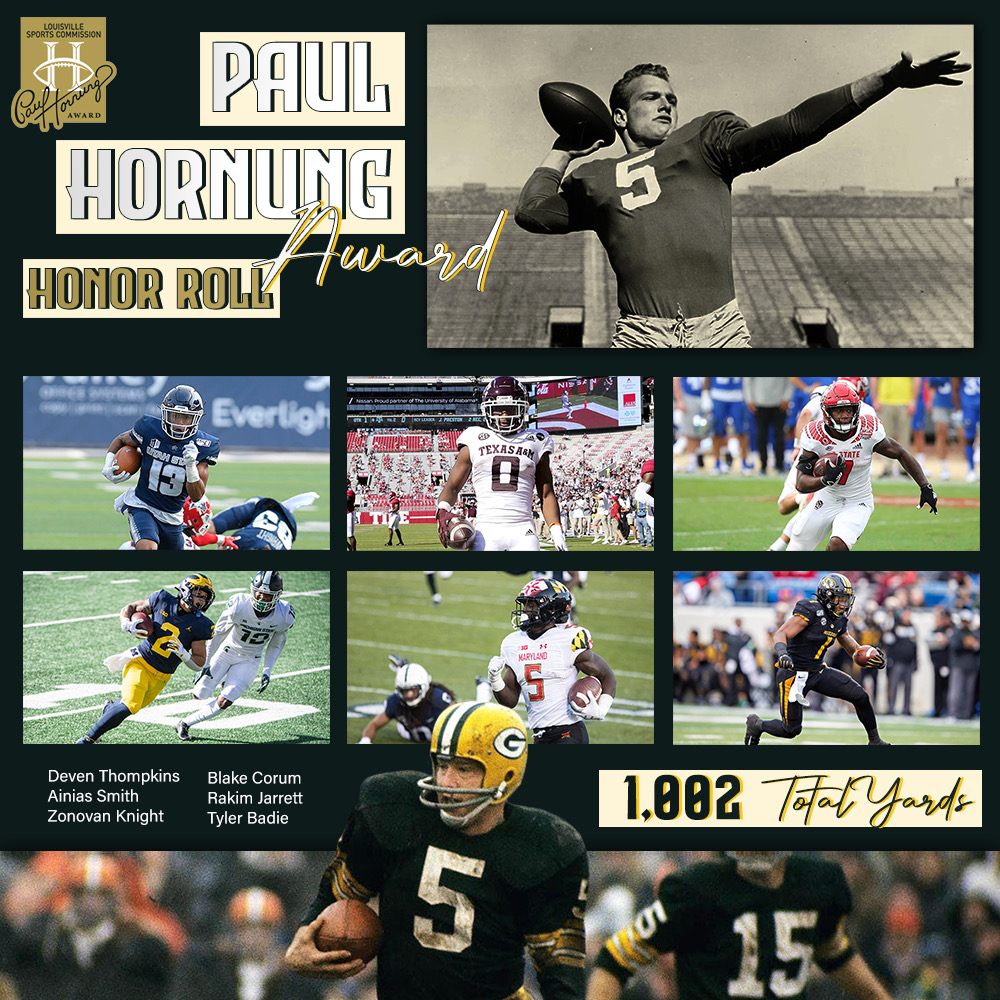 The Paul Hornung Award presented by Texas Roadhouse, now in its 12th season, is given annually to the most versatile player in major college football by the Louisville Sports Commission to pay tribute to football legend and Louisville native Paul Hornung, who passed away in Nov. 2021. The winner and his family will be honored at the annual Paul Hornung Award dinner at the Galt House Hotel in downtown Louisville in March 2022.

College football fans nationwide have the opportunity to vote for their favorite player during the regular season and again during the bowl season. Online fan voting powered by Texas Roadhouse is now open and factors into the selection of the finalists and winner.

Missouri’s Tyler Badie touched the ball 29 times three different ways and scored rushing and receiving in the Tigers’ 34-24 home win over Central Michigan. Badie carried the ball 25 times for 203 yards, including a 12-yard touchdown run in the first quarter and caught three passes for 40 yards, including a 30-yard score in the second quarter. He handled one kickoff and accounted for eight first downs from scrimmage.

Maryland’s Rakim Jarrett touched the ball three different ways and accounted for the game-winning touchdown in the Terps’ 30-24 come-from-behind win over West Virginia at College Park. Jarrett caught six passes for 122 yards, including a 60-yard touchdown reception late in the game that gave Maryland a 30-21 lead. Jarrett accounted for four first downs receiving, carried the ball one time and returned two kickoffs.

Utah State’s Deven Thompkins touched the ball three different ways and scored the winning touchdown in the Aggies’ 26-23 come-from-behind win over Washington State in Pullman. Thompkins caught eight passes for 94 yards and his seven-yard scoring reception with 13 seconds remaining proved to be the winner. He accounted for four first downs receiving that kept three scoring drives alive late in the game.