It did not matter where Marcus Jones lined up on the field – the argument could be made that he was the best player at the position. Houston Football’s swiss-army knife was electric in the return game, a ball-hawk defensively and an impact player on offense.

Jones, a senior from Enterprise, Ala., played a significant role in Houston’s 12-win season, at times carrying the no. 20 Cougars to victory, never more evident than his go-ahead 100-yard kickoff return touchdown with 17 seconds remaining against no. 16 SMU on Oct. 30.

En route to being named the 2021 Paul Hornung Award winner, Jones shined in all three phases of the game. In December 2021, he was recognized as a consensus All-American, becoming only the ninth Houston player in program history to accomplish the feat.

“This award means a lot to me,” Jones said of the Hornung Award. “I’ve been undersized and overlooked a lot in my life. I just kept my head down and focused on controlling the controllable. Any way I can help the team, I was down for it whether it was extra time spent in meetings or putting in the physical work on the practice field.”

Jones finished the 2021 season with 48 tackles, five interceptions, 13 pass breakups, one forced fumble and one tackle for a loss. He ranked fourth nationally in interceptions (5) and third in passes defended per game (1.4).

“This honor is well-deserved for Marcus,” Houston Head Coach Dana Holgorsen said. “His ability to impact games in all three phases undoubtedly makes him the most versatile player in the country. We’re proud to have had him in our program these last few years. His combination of intelligence and athleticism makes him elite wherever he lines up.”

On offense, Jones lined up at wide receiver in wins over Navy and cross-town rival Rice, catching 10 passes for 109 yards and a score while carrying the ball twice.

Jones had a career night in the Cougars’ 44-37 win over no. 16 SMU. In addition to his 100-yard kick return in the closing seconds, he also contributed six tackles, including one tackle-for-loss and an interception.

Jones helped Houston reach new heights in 2021. As a team, the Cougars posted their second undefeated conference season in their 75-year history, going 8-0 in AAC play, earning a berth in the league’s title game against no. 4 Cincinnati.

With Jones at corner, the Cougars put together one of their most dominant seasons defensively of all time. Houston led the nation in third down conversion percentage defense (.257), ranked seventh in first downs defense (210), seventh in total defense (301.1), 15th in red zone defense (.735) and 18th in passing yards allowed (194.0), among other top-25 statistical rankings.

The former standout at Enterprise High School broke onto the scene after transferring from Troy, Mich. In 2020, Jones earned first-team All-America honors from the FWAA, Phil Steele Magazine and CBS/247Sports as a punt returner. Jones was also named to The American’s All-Conference First Team as a return specialist.

In seven starts at cornerback, Jones finished with 24 tackles (18 solo), 2.0 tackles for loss, one interception and five pass breakups.

Jones turned heads during his two-year stint at Troy, becoming the program’s second All-American since moving to the FBS level when named to Phil Steele’s All-America Third Team as a kick returner. He was also named to the ESPN and FWAA Freshman All-America Teams in addition to being the Sun Belt Conference Freshman of the Year.

He set the Troy single-season record and tied the Troy career record with three kickoff returns touchdowns and tied the NCAA record with two kick return touchdowns in a game against Coastal Carolina. Jones also added a 99-yard return for a touchdown in Troy’s Sun Belt title-clinching win at Arkansas State.

The former three-star recruit was named to the Alabama Sports Writers Association 7A All-State First Team as a senior while helping lead Enterprise High School to an 11-2 record and a berth in the second round of the Alabama 7A Playoffs.

His palpable passion for the game, at full display on the field, coupled with his easy-going nature off the field, made Jones a fan favorite. He put a dent in Houston’s record book and helped the Cougars turn the corner in year three under Holgorsen.

Jones may have been overlooked arriving at Houston.
He’ll leave as Mr. Versatile. 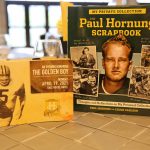 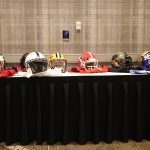 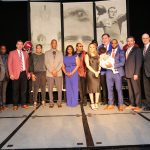 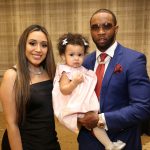 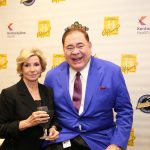 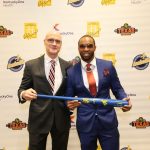 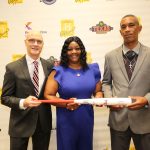 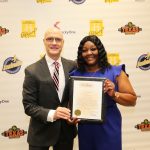 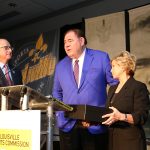 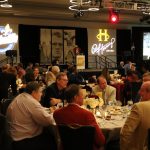 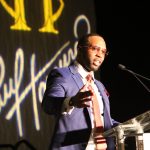 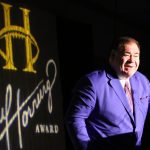 Michigan speedster Blake Corum is third in the Big Ten and 16th nationally in all-purpose yards per game (135.4) touching the ball running, receiving and returning kickoffs. He started the season with three consecutive 100-yard rushing games, scored three touchdowns in back-to-back UM wins over Washington and Northern Illinois, scored twice rushing against Northwestern and scored twice against Western Michigan (one rushing, one receiving.) He had a season best with 171 rushing yards, three rushing touchdowns and 231 all-purpose yards versus Washington, scoring on runs of 67, seven and four yards. Corum now has four, 100-yard rushing games; scores a touchdown every 13.5 touches; and averages 25.3 yards per kickoff return, tops in the Big Ten. He was slowed by injury in week 10.

A prolific all-purpose receiver and punt/kick returner, Justin Hall is 15th in the nation and second in the MAC in all-purpose yards (136.1 per game) and has scored six touchdowns rushing, five receiving and one on a kickoff return. He touched the ball rushing, receiving and returning punts and kicks in the first seven games, since then opponents consistently have squibbed or pooched kickoffs away from him and punted out-of-bounds. He averages an astounding 34.5 yards per kick return and a healthy 12 yards per punt return. Hall touched the ball 20 times for 162 all-purpose yards and two scores in BSU’s win over Eastern Michigan and touched the ball 12 times four different ways against Army, including a 99-yard score with the opening kickoff in a 28-16 BSU win.

Jayden Reed touched the ball receiving, rushing and returning punts and kicks and currently is 13th in the nation and second in the Big Ten in all-purpose yards per game (130.9). He averages an incredible 21 yards per punt and 25.3 yards per kickoff return. Reed touched the ball four ways and scored on touchdown receptions and punt returns in MSU’s wins over WKU and Nebraska, including a 62-yard punt return for a score to tie the game late in the fourth quarter; and he touched the ball three different ways and scored twice in wins over Maryland and Youngstown State. He made a miraculous, 28-yard catch on a fourth down situation when MSU trailed Michigan by 16 late in the game, keeping alive a touchdown drive in the Spartan’s comeback win.