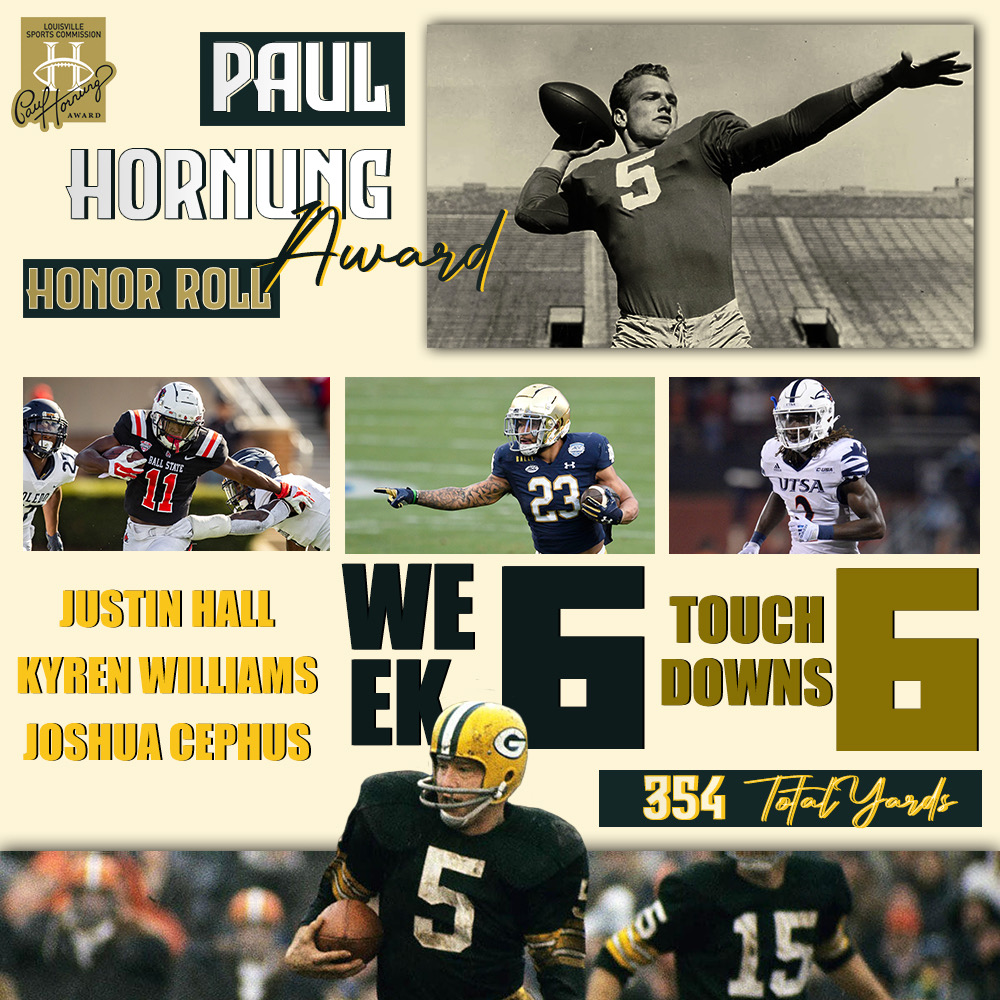 UTSA junior wide receiver Joshua Cephus touched the ball three different ways and accounted for scores two different ways as the Roadrunners ran their record to 6-0 with a 52-46 win over WKU in Bowling Green. Cephus completed a 23-yard touchdown pass to quarterback Frank Harris in the first quarter, then caught a three-yard scoring pass from Harris late in the third quarter. Cephus finished the game with eight receptions for 83 yards and carried the ball one time.

Ball State senior wide receiver / return specialist Justin Hall touched the ball 12 times four different ways and scored two different ways in the Cardinals’ 45-20 road win over Central Michigan. Hall caught a 33-yard touchdown pass late in the third quarter for what proved to be the winning score, then added a five-yard scoring run in the fourth quarter that put the game out of reach. Hall returned a punt 30 yards that led to a Cardinals’ field goal and returned two kickoffs for 50 yards.

Notre Dame sophomore running back / return specialist Kyren Williams touched the ball 28 times three different ways and scored two different ways as the Fighting Irish came from behind at Blacksburg to defeat Virginia Tech 32-29. Williams brought Notre Dame from behind twice – on an eight-yard reception late in the first quarter and a 10-yard run late in the third quarter. He finished the game with 19 carries and five receptions that accounted for seven first downs. He also fair caught three punts.