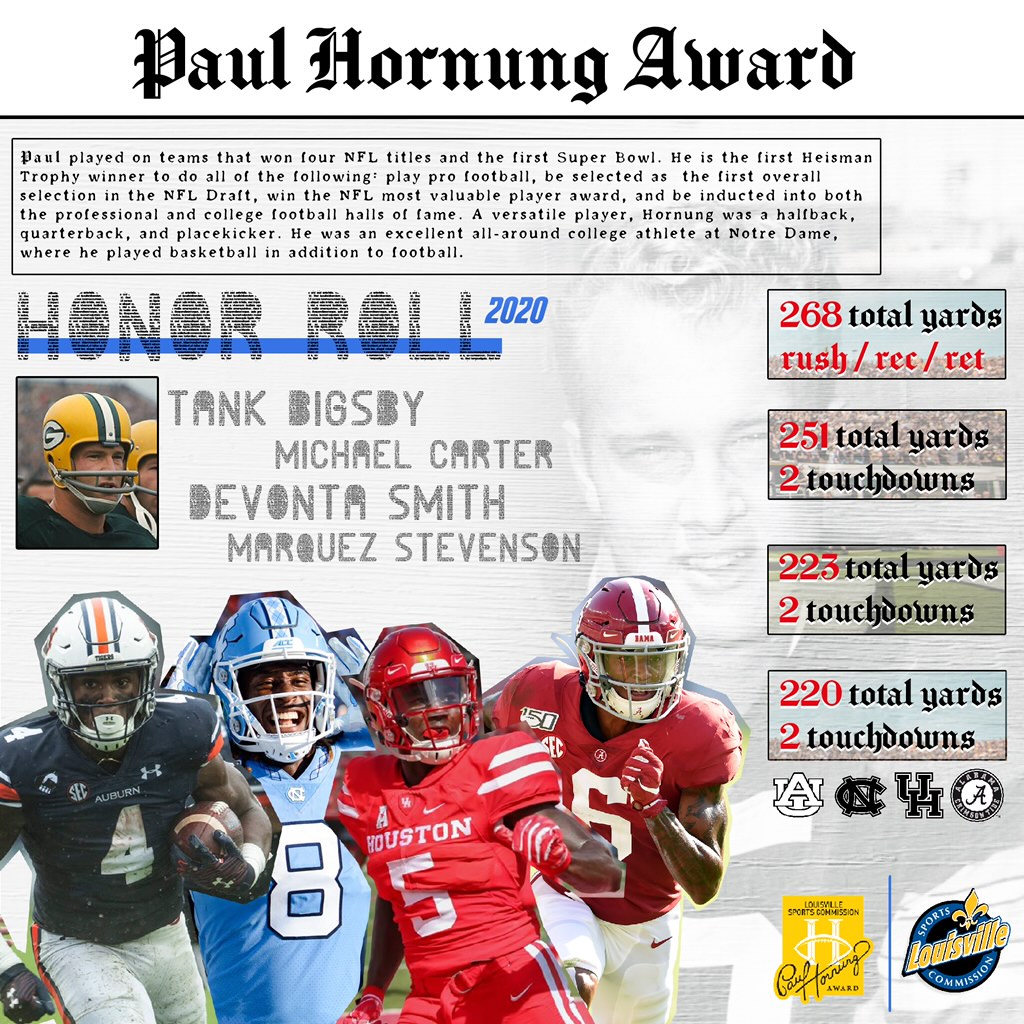 North Carolina senior wide receiver Michael Carter touched the ball 19 times for 254 all-purpose yards and two touchdowns as the Tar Heels won at home, 56-46 over Virginia Tech. Carter carried the ball 17 times for 214 yards, caught one pass for 16 yards and accounted for nine first downs. He scored on a 16-yard run in the third quarter and a 62-yard run in the mid-fourth quarter to ice the game.  He also returned a kickoff 22 yards.

Alabama senior wide receiver Devonta Smith touched the ball 15 times for 220 all-purpose yards and two scores as the Crimson Tide outlasted Ole Miss 63-48 in Oxford. Smith caught 13 passes for 134 yards, including a 14-yard touchdown in the first quarter, and accounted for eight first downs receiving. He scored on a 14-yard run late in the fourth quarter to extend the Tide’s lead to 56-45. He also returned two kicks for 42 yards.

Houston senior wide receiver Marquez Stevenson touched the ball seven times for 224 all-purpose yards and two scores in the Cougars’ long-awaited opener, a 49-31 home victory over Tulane. Stevenson returned a kickoff 97 yards in the third quarter for what proved to be the winning score, and added a 14-yard scoring reception in the fourth quarter to put the game out of reach. He had five receptions for 144 yards and one carry for eight yards.

Texas Roadhouse signed on as presenting sponsor of the Paul Hornung Award in 2011 and will partner with the Louisville Sports Commission to power fan voting again this season. College football fans nationwide will have the opportunity to vote for their favorite player during the regular season and again during the bowl season. Online fan voting is now open HERE and factors into the selection of the finalists and winner.